On race day morning, I woke up to the sound of my alarm. Of course, as is typical for race day, I had slept badly through the night. I always am anxious before a race, and never sleep well. Normally I have a hard time getting up, but I guess due to the extra paranoia about race day, I always wake up before the alarm. Also, I’m staying in an Airbnb for the first time, and while it’s actually a very nice room and house, it’s not my bed or pillow.

Breakfast was also a bit of an unknown this time around. I didn’t get to Waterloo yesterday in time to go shopping before the pre-race meeting, and after dinner with a bunch of fellow runners, I just forgot about it. Looks like it’s Tims or McDonald’s for breakfast!

Start time for the race was 8:00am, and I got there right at 7:30am. A little later than I normally do, but my room is 5 minutes away from the start line, so it wasn’t a big deal. A quick visit to the porta potty, and I was ready to go. Of course, part of my ENDURrun half marathon pre race ritual is to swing on the swings in the playground. I usually do this after I go for a bit of a warm up run and stretch. I like it because it destresses me, and is also a good way to move the legs.

At 7:55am we were all called to the start line for the customary group photo. I’m stuck at the back behind all the tall dudes under the start line banner. Ah well. 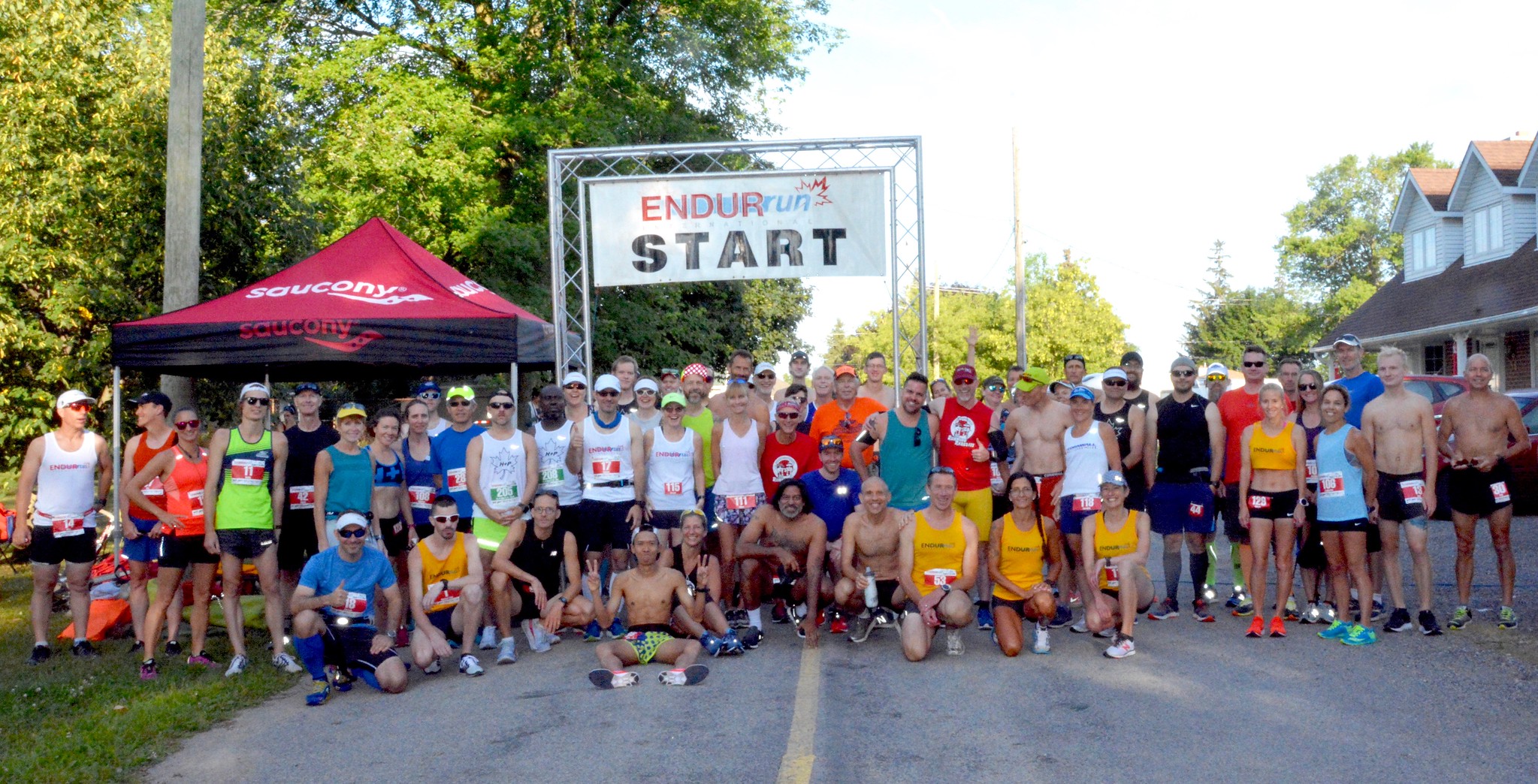 Soon after, Lloyd Schmidt, the race director, did his final instructions, and with a “3-2-1-GO!” we were off.

Since I’ve done this race 5 times previously, the course is familiar. Here’s the tl;dr: The race consists of 2 loops, one 13km loop followed by an 8km loop. Part of the course you repeat, then it diverges in the second loop. It’s all on paved surfaces; partly on road, and part a running path along the Conestogo river. The scenery is beautiful, especially the part by the river. If there is a downside to the route, it is the lack of shade. If the day is hot and sunny, the suffering will start on the second loop. Water stations are on the course at strategic locations. It’s not overly hilly, although there are some rolling hills throughout.

I chose to run the race with my friend Ed, who like me, registered for the Ultimate, but is injured. He came to see how much of the race he could withstand, with the intent of bowing out if it proved to be too tough. Since he would be running around my pace, and taking walk breaks, I decided to just run it with him. I was in a similar boat; my nerve issue was a concern, and I knew with this being a road race, I would be suffering. Turns out our walk breaks were almost exactly in sync. When he started to hurt and needed a break, it was right about the time where my leg was getting uncomfortable and I needed a break. 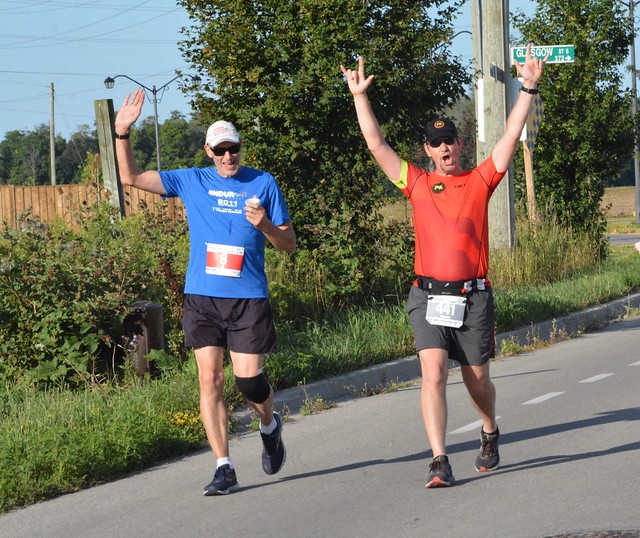 We ran around a 6:30 min/km pace when we were running, with walk breaks spread liberally throughout. Actually it was good to have the company; we just chatted the whole time, and were able to finish the race together. Finishing time was 2:29 by my watch; my slowest road half marathon ever.

Apres race I ate, chatted with the other runners about their races, and headed to Lloyd’s house for a swim in his cold pool and a beer and more socializing.

More pictures are available at flickr.com 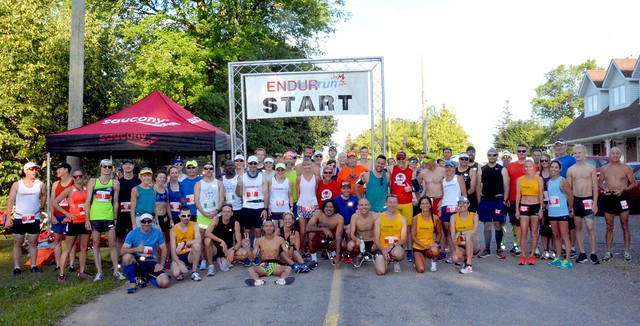