After a great pre-race evening, getting to meet the other competitors and hearing about the races to come, it was time to get down to business with stage 1. The night before was spent preparing my belt pack, figuring out what clothes to wear, and getting things in order for tomorrow.

My alarm went off at 5:30am, otherwise known as “stupid o’clock”. I hit snooze once, but then got up. The race started at 8am, and I like to be at the start around an hour before that. Last bathroom break, chit-chat with the others, a quick warm-up run, all the normal race day rituals need to be adhered to. I also managed to get my customary pre-race swing on the park swings before we started. I was feeling pretty good; normally I get real nervous and anxious, but today was different. I wasn’t even that nervous about the fact that I hadn’t done any kind of long distances since I ran the marathon in May. Too late to fret about that kind of stuff. I’m here to run the best I can today, and enjoy it. If I have to walk, so be it. Hopefully just not too much.

I started out about 3/4 of the way back of the pack, and at my regular easy run pace, which is between 5:30 and 5:45min/km. I wasn’t running with anyone in particular, and quickly the pack spread out. This year I decided to run with music. I need all the help I can get to distract me when things get tough. I’d made this wicked mix of 80’s and 90’s songs for a friend of mine, and loaded it up on my phone. To be honest, I’m not all that fond of running with music; I feel it detracts from the running experience. Normally I like to zone out and let my thoughts flow, but I knew this was going to be hard. Plus, I had the music on real low, and took my headphones off when I hit the water stations, or any race officials directing us on the course.

The course itself has a number of big hills, and smaller hills. It is a beautiful run through the country of Conestogo, north of Waterloo. At the 4.5km mark it runs along a golf course and the Conestogo river, on a paved trail, to about 8km. Then it’s back on the road to the start line, where you go out and do another 8km loop. You can see the course below in the stats section. Having done the ENDURrun 4 times previously, I knew what I was getting myself into.

I chugged along for pretty much the first 15km without incident. I felt good, and my legs were doing alright. On the second loop, I started to feel fatigue, and my legs began to feel heavy. I could feel my shoulders tensing and curling inwards, like they do when I’m struggling, and my back starting to hurt. Forcing myself to run with shoulders back and more upright was tough. The sun was relentless at this point. No shade, and just beating down. This is where the music started to come in handy.

During the last loop, I walked a bit too much for my liking. In this last training cycle, I think I’ve become a little too accustomed to giving in to the urge to walk. Yes, I know, I’m not gunning to win, and a little break here and there is not a bad thing, especially on such a hot day. There’s a lot of running ahead. But still, in the last 5km I walked 5 times! That’s way too much. At the beginning, I was headed for a sub 2 hour finish, but the walks killed that. I ended up coming in at 2:05 (unofficial time). Glad to be done, and good with the time, but vowing to do better tomorrow. 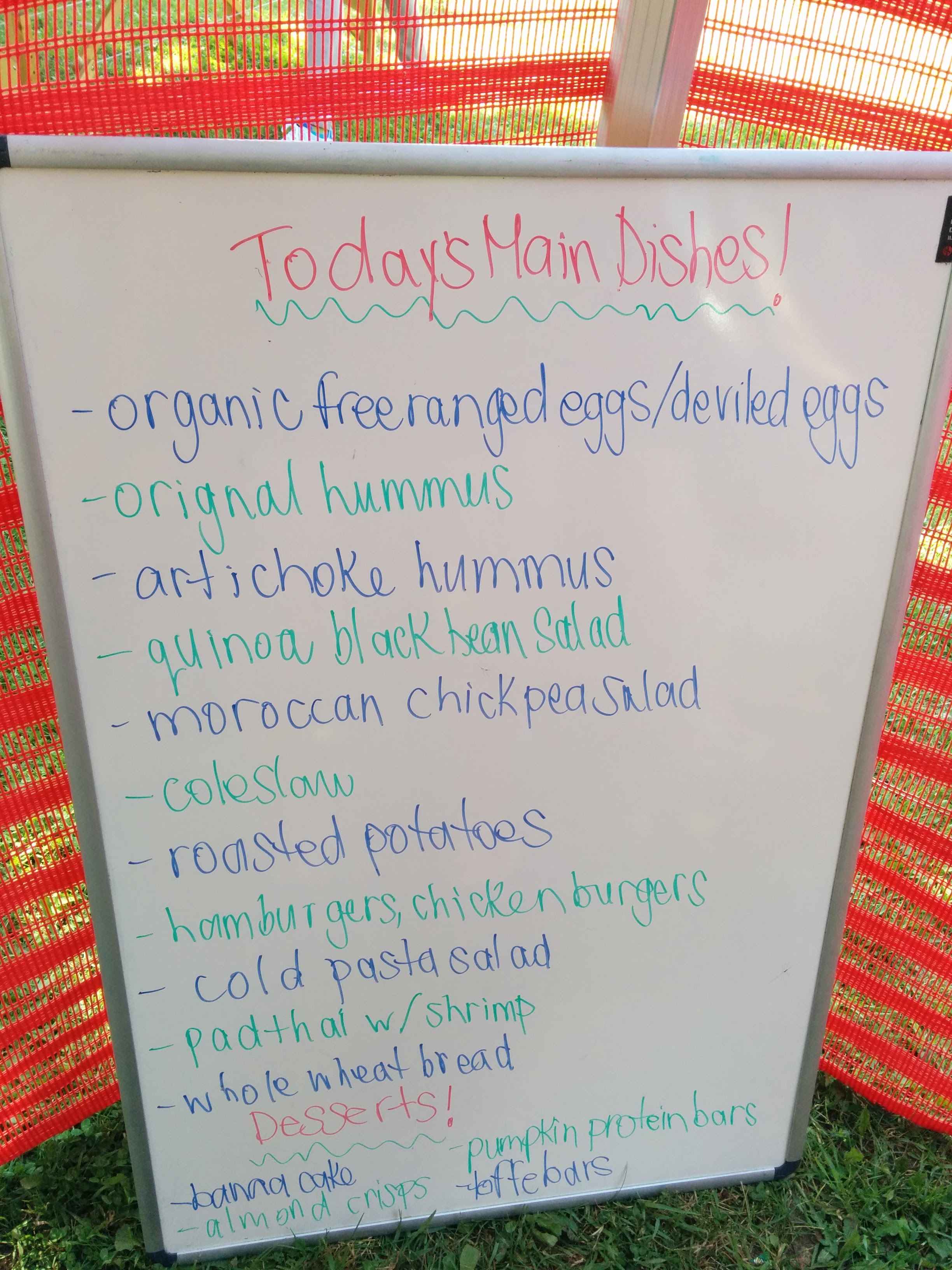 The menu. And this is only day one!

I’ve mentioned in previous posts that one of the defining features of the ENDURrun is the post race food. It is all home cooked, and caters to all people, vegan, vegetarian, and omnivore alike. It’s easy to describe how good it all is, but you need to see it yourselves to believe it. So, at the right, is today’s menu of what was available. I can happily say that I tried pretty much everything; the only thing I didn’t have was the pad thai and that was only because it had shrimp in it. Something not listed there was the home-made smoothie bar, always a popular choice with us runners needing to put back some protein.

The cooks also provide platter plates for you to eat from. Not any wimpy paper plates for us! The ENDURrun tries to be as environmentally friendly as possible, with the plastic plates being reusable and washed every night by the amazing volunteers. 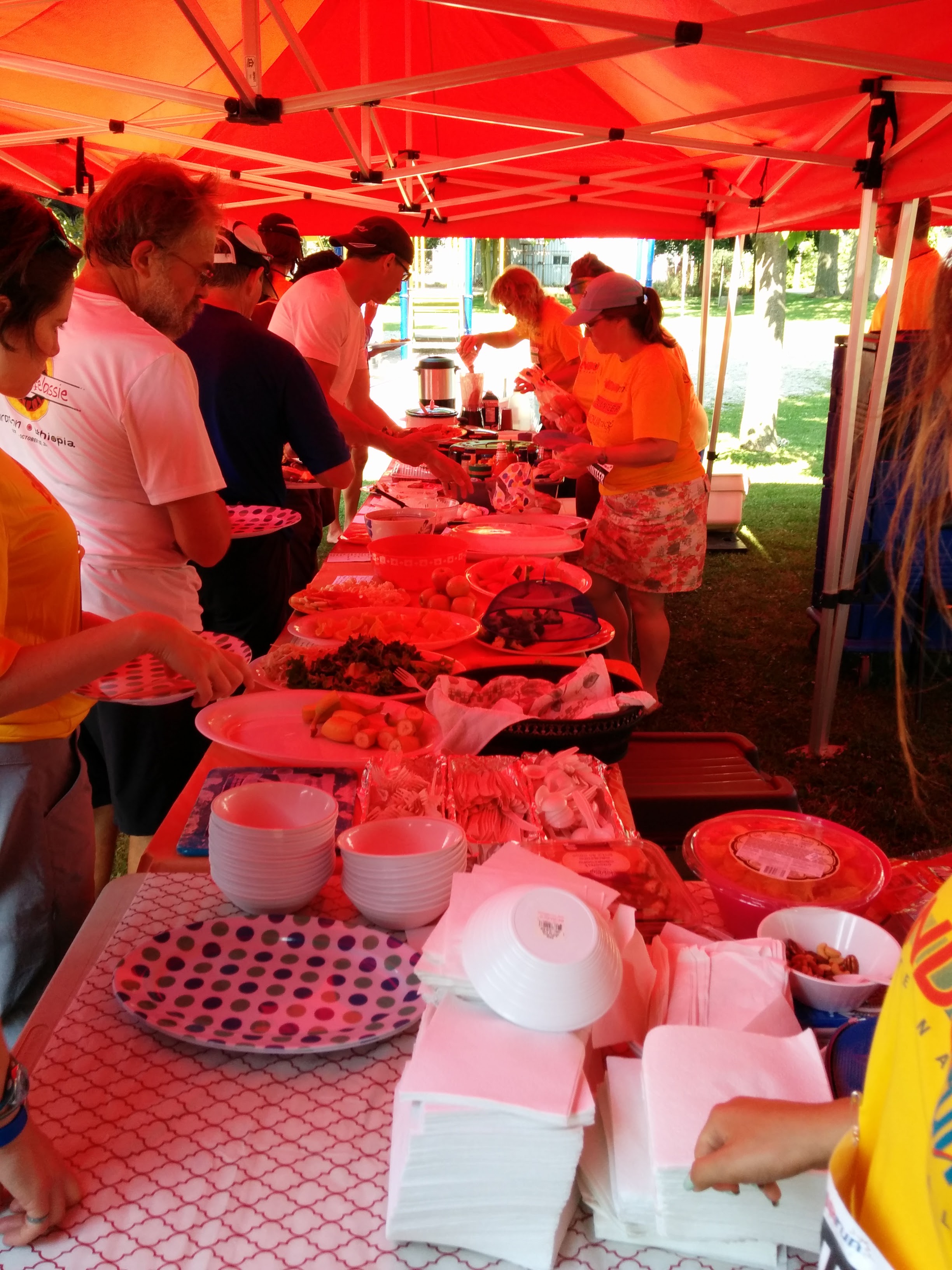 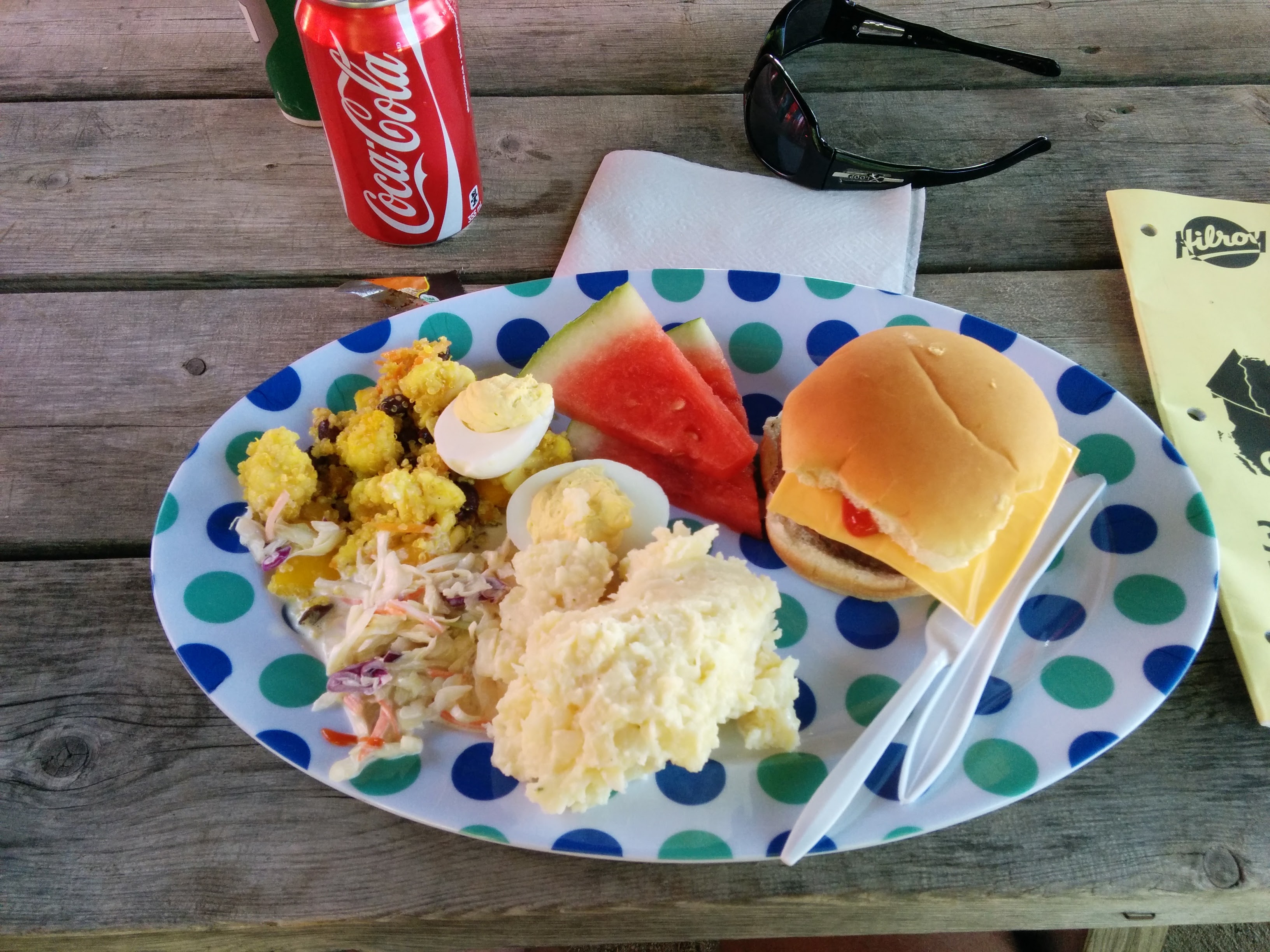 My plate of grub.

Another huge plus of the ENDURrun is the race director’s pool. Everyone is invited back to his house for a swim and to relax. Since he lives about 300m from the start of Stage 1, this is a no-brainer. Today the pool was cold and refreshing! It was great to hang out with other runners, have a beer, and talk about the day. 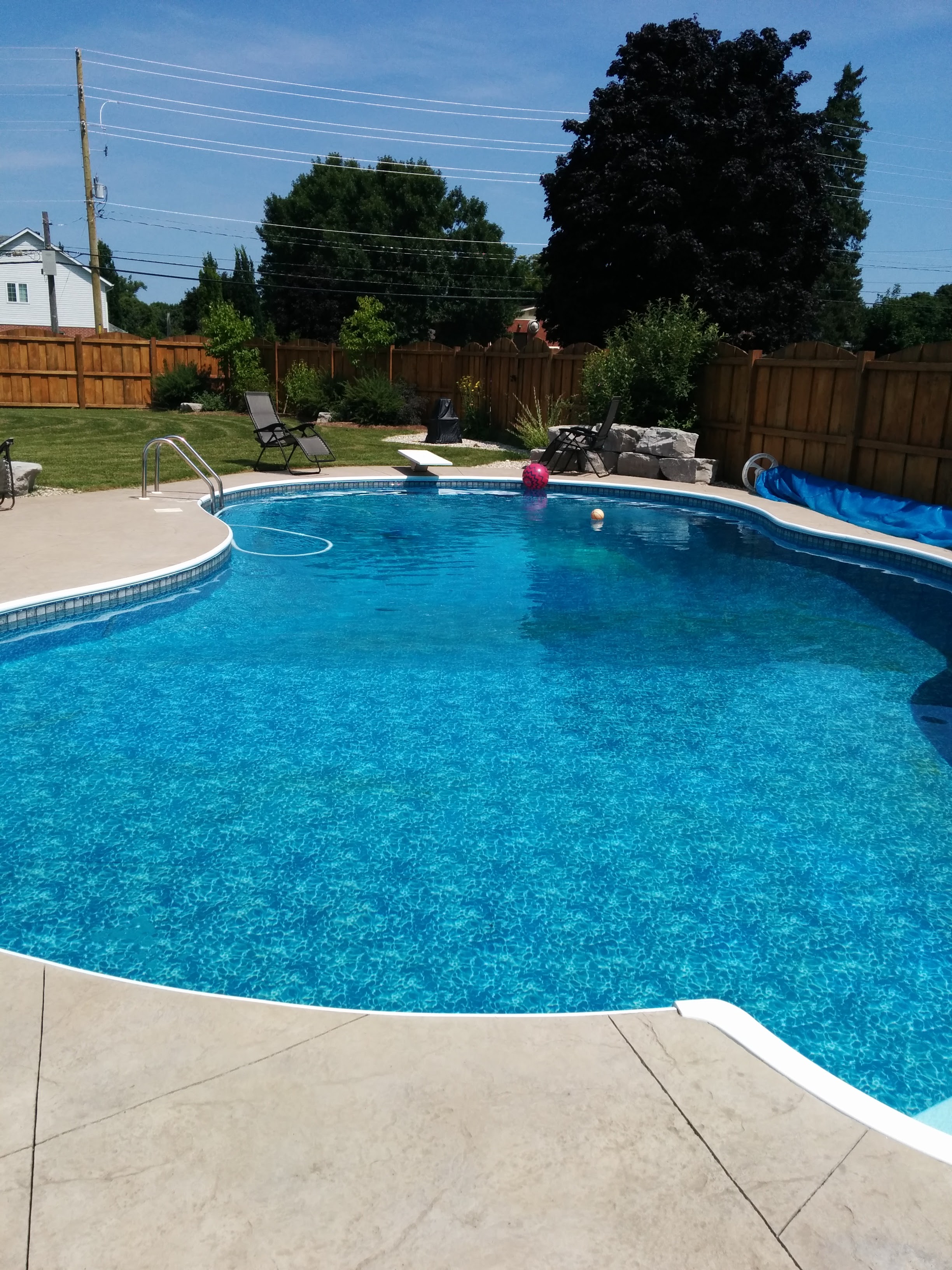 Time for a dip! Thanks Lloyd!

NEXT UP: Tomorrow’s stage is the 15km time trial. It’s fairly flat, an out and back from the race director’s house. In this race, everyone starts running 1 minute apart, with the runners starting in reverse rank order from Stage 1. It gives us slow pokes a chance to be at the front, and also to try and run it a bit faster (you try and catch the person in front of you). I’m looking forward to it!